Nerd News: Funko Fridays are Back at Target with Mr Potato head

As every year Target have braught back their Funko Fridays event where for the next 6 weeks, every Friday they will be announcing a new exclusive Funko pop for their stores. This week they announced Mr Potato head with a jumbled up face, with this one being part […] 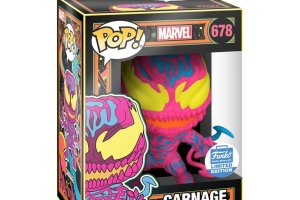 I don’t follow basketball, or many sports for that matter, so I don’t often cover the sporting pops in Nerd News, but this one did catch my eye. It’s exclusive to a site called Fanatics which deals in NBA merchandise, with this Larry Bird Funko Pop celebrating what […]

Wow this guy sparkles! I really like this diamond edition coca cola can by Funko which is going to be a Box Lunch exclusive due for release towards the end of January next year, or the first few days of February. I’m loving these new coca cola products […]

Nerd News: Pasha the Latest Funko Pop Around the World

Hailing from Russia is this snow leopard called Pasha in traditional dress and with a musical instrument. Of course it also comes with the badge for the passport collection. I have to say that I’m pretty impressed with this one, especially considering that they have used the endangered […]

I don’t know why I keep reporting about these things because it seems like there’s a new Funko pop figure or movie moment which in some way manages to incorporate the Child from the Mandalorian… Fans are absolutely gobbling up every single one of these which is produced, […]

This is quite a cool development and a step in a new direction, especially when it comes to Five Nights at Freddys lines. For some reason this franchise brings out their creative side at Funko, trying new things with those characters. I have to say that I do […] 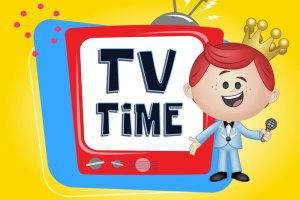 From 11am PDT, available from the Funko shop is their TV Time event with 3 new pops being launched, with a sales limit of 2 per person. They will have Dwight from the Office dressed as Pam with Snowballs, Sideshow Bob from the Simpsons and Chalrie from It’s […]

There’s not much else to say beyond the headline to be honest! Available on the Funko Europe online shop now, using the link below is a new exclusive Deadpool dressed as a French maid. Its costing £18 plus postage and as far as Deadpool pops go, it’s a […]

There have been a few pop figures coming out lately which look like coca cola or spam cans, and they’re pretty cool, but the latest food packaging pop, which is going to be a Hot Topic exclusive, is really quite something else. It’s a bag of Hostess Donettes, […]

It has been a long time coming – the NYCC Funko Pops have already been available for a while in the States but that street art style Miles Morales (which I know has divided a lot of people, but I actually really do quite like it) and the […]

Nerd News: Funko Pop Around the World Hamsel Out Now

I say this every time, but look over there… it’s yet another Funko pop bleeding the life out of baby Yoda! Yes, that’s right there is yet another Funko Pop… Although this time it’s a deluxe pop, featuring the Mandalorian alongside the Child, as he rides on a […]

I thought I had gotten away with not buying a Funko advent calendar this year, until I saw the announcement that there is now an advent calendar of Pint Size Hero Freddy Funkos, all in different festive outfits and all cute as buttons! It’s available now at the […]

Over the past few days there have been a few new music based products announced by Funko, and there are some which have instantly hit the ground running, with one very popular one being the Linkin’ Park Hybrid Theory Pop Album, which quite frankly looks amazing. I wasn’t […] 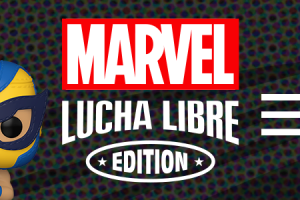 I often feel like the Marvel cash cow gets milked for everything its worth by Funko, and it does sort of feel like it again here. These Marvel lucha libre items are however first going out for sale in Latin America, being available for pre-order now in Mexico, […]

Available now exclusively at Gamestop is the latest Mandalorian Funko pop, and it’s a pretty cool one filled with a decent amount of action – I love these pops which add a bit of life by doing those flames and incorporating the smoke in the base. Get it […] 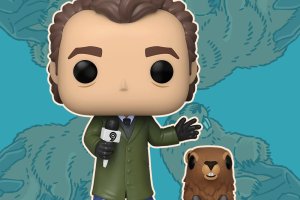 Available to pre-order now are 2 new Funko products based on the groundhog day movie. With the first of these being a general release funko pop of Phil Connors with a groundhog called Punxsutawney Phil, which can be purchased from pop in a box by clicking the link […] 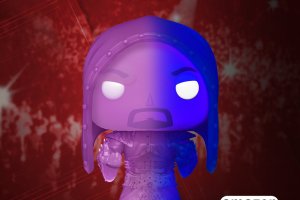 Coming soon to Amazon using the link below is this awesome rendition of the WWE Undertaker. He glows in the dark, but even the normal version looks absolutely amazing in that colour variant, so for any wrestling fan, this is one not to be missed! Amazon.com

Smyths toy stores in the UK and Ireland have released a Funko pop figure of their mascot, Oscar with the profit from every single sale going to the amazing work done by Great Ormond Street hospital. If ever there was a more deserving charity to benefit from toy […]

We’re here to answer a few questions about the Funko soda range, and in order to do so we’ve compiled the full range of Funko soda figures in one place including pictures (from the Funko app) of the common & chase figures as well as the cans, where […]

Funko have just announced a new wave of their soda figures available through Entertainment Earth at the link below. These are available for pre-order but hurry up because some of them are already sold out! These ones are incredibly popular, and when you see them below you’ll know […]

Available to pre-order now via pop in a box using the link below is the album Black Sabbath, by Black Sabbath complete with artwork in the background and the woman from the record brought to life… Well turned in to a little plastic model in the front. I’ve […]

I managed to snag I think 3 of their volume 1 boxes, and this time around I got the full limit of 4 boxes because I was so happy with their first lot. I’ll give you a spoiler right now… Volume 3 didn’t disappoint, and I didn’t even […]