We’re here to answer a few questions about the Funko soda range, and in order to do so we’ve compiled the full range of Funko soda figures in one place including pictures (from the Funko app) of the common & chase figures as well as the cans, where […]

I have to be completely honest and say that I had never heard of Soap Studio before and when I popped in to a B&M Home Store which wasn’t my usual one, I saw these figures for the first time. If you check them out on eBay for […] 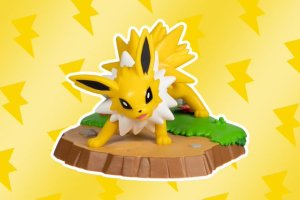 Available now and exclusive to the Pokemon Center in the States is a Funko figure of Jolteon as part of their Afternoon with Eevee & Friends set of figures. These aren’t pop figures so aren’t stylized in the same way and to be honest for me that means […] 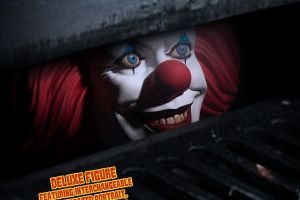 Lately there have been so many toys come out featuring the new Pennywise from the re-boot movies, however it is nice to see an old 1990 Pennywise hit the shelves again, even though Tim Curry as Pennywise scares my pants off! However, Mezco have announced their release of […]

I’d seen these figures on the Funko app a couple of times although never for sale in the UK and never came across them on the internet either (although now that I have one, I have searched on ebay and they do come up now and again)… but […]

Mezco have announced the latest 15″ in their Mega Scale series, and it is absolutely awesome! Feast your eyes on this incredible Texas Chainsaw Massacre Leatherface, based on the original 1974 film. He comes with 11 points of articulation and will be in a window display box. Obviously […]

Here’s another recap of what has been happening with Kid Robot lately… They’ve been busy throughout their various ranges, and at the moment is an exciting time for them with plenty for you to get your teeth in to! New Money 5″ Rose Gold Metal Dunny This bad […]

The 8 inch clothed action figure (I don’t know why they made a big deal of the clothed part – do they also have a special edition naked one?) of Bob Ross from the Joy of Painting is shipping from today by Neca. It comes complete with a […]

Coming from the Mezco Toyz One:12 Collective range comes a double pack, dubbed the Stormy Seas Ahead Deluxe Box, featuring Popeye and Bluto. This set won’t be shipping until July to September 2020 but is available to pre order now from the Mezco website below for $165: Mezcotoyz.com […] 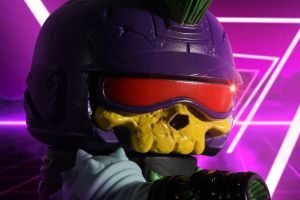 A little while ago I wrote about the Mezco Rumble Society Cyber Ryder which was being released, and I still think that it’s an absolutely awesome figure, which you can read about by clicking the picture below… Here’s a photo to remind you of what their original design […]

This guy looks absolutely awesome, although I’m not 100% sure what he is made of. From the look of the last image where they show his removable head (a very cool little storage compartment for an interchangeable gun / canon) it does look like a vinyl toy, even […]

Shipping in December 2019 is the second series of Jankies by Superplastic which includes over 20 vinyls each measuring 3.5 inches, sold in a mystery box format. They are all customised and 50 are hand painted by their respective artists and signed as well. These 50 are mixed […]

Chucky and Tiffany (Bride of Chucky) and heading over to the Toony Terrors collection by NECA, because there aren’t enough of these creepy little guys around already. The photos are quite deceiving because these looked to me at first to be perhaps a 4″ figure or so, but […]

Sam from the cult classic Trick r treat has been given the ultimate range treatment by NECA and his 5″ fully articulated figure (complete with 4 heads, 2 pumpkins – one of which even apparently lights up, interchangeable hands and accessories including a chocolate bar, lollipop and a […]

NECA have got a few figures coming up based on the Alien films, partly due to the 40th Anniversary of the first Alien film, and of course partly ’cause they just look really cool! This time it’s a re-issue from what I can tell, of an older figure […]

Mezco are releasing a fall 2019 exclusive which they’re taking bookings on to their waiting list now. It is due to ship from December to January after DesignerCon 2019 and will cost $90. It looks like you can order it direct if you’re attending DesignerCon (22nd – 24th […]

Since yesterday an 8″ SpongeBob Square Pants figure has been available on the KidRobot website below at $49.99 each to celebrate the 20th anniversary of the character. He comes in a window box for display in or out of the box, and his arms are articulated, but for […]

Kid Robot are perhaps most well known for their iconic Dunny figures – actually the very first vinyls which we ever purchased many years ago – I must review those old figures one day actually! However they also have a lot of other great styles which stay true […] 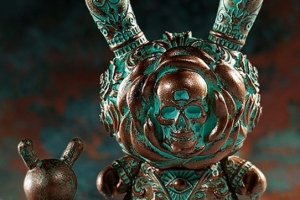 Mezco are bringing out a 10″ figure of the Lord of Tears character the Owlman, and it looks absolutely incredible – as with just about everything which Mezco are producing these days to be honest! The figure is set to hit the shelves in May – July 2020 […]

This duo will hit the shelves in June – August 2020 and they look amazing, although personally I think Lockjaw steals the show! They are available to pre-order now at the price of $130 for the double pack, which is set to be sold in a collector friendly […]

This is one of the best action figures I’ve seen in a long time, and it might be because he is also one of my favourite characters of late, but the detail and number of features is incredible. These figures are available to pre-order now with a deposit, […] 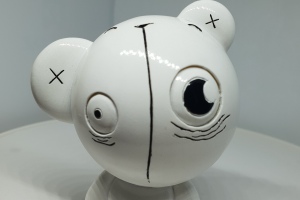 Baldwin the Unfortunate Bear figure by Charlotte Something

I’ve been following Charlotte Something on Instagram for a few years now (a couple of her accounts actually) as she’s a great cosplayer, fun model to follow and has crazy illustration talents! She sells a wide variety of items in her shop, and I believe has even more […] 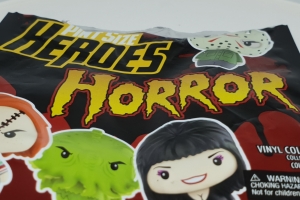 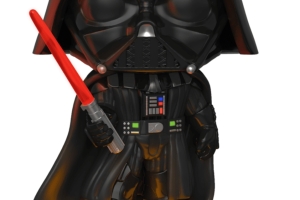 Yep you heard right… an electronic pop figure from funko, of course of the one and only darth Vader… HELL…. YEAH!!!! This is the first pop figure I’m aware of to have lights and sounds. From the looks of it there are lights in the base and I’d […]