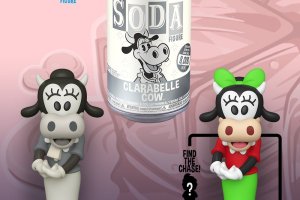 These have only just been announced for January 2021 and have been on pre-order for around 24 hours, and already some of them are already selling out. Some of these have got some low-ish numbers and that’s why they’re going so fast but that’s what I love about […] 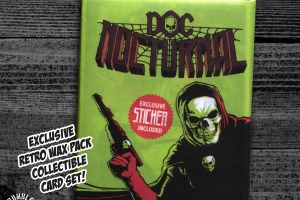 When Mezco say that this is a swag set… it really is a SWAG SET! This pack is full to the bring with amazing merchandise which makes this amazing looking figure of the Rumble Society Doc Nocturnal such amazing value for money! But let’s talk about the figure […] 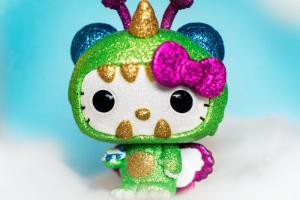 Yesterday the Funko shop dropped some new animation figures exclusive to their store. From the Hello Kitty Kaiju line there is a new verison of the sky Kaiju, which is now available as a Diamond glitter version… It’s VERY colourful. To join the new Toy Story Remixed Aliens […]

Based on the Ordinary Man look, there’s a new Ozzy Osbourne Funko pop coming to the Pop Rocks line and it looks absolutely incredible! It is going to be exclusive to Hot Topic for $12.50 and is available on their website to pre-order now: Hottopic.com 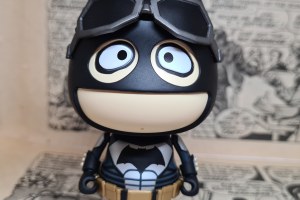 I have to be completely honest and say that I had never heard of Soap Studio before and when I popped in to a B&M Home Store which wasn’t my usual one, I saw these figures for the first time. If you check them out on eBay for […]

As if all their previous Chucky dolls weren’t creepy enough when they started to add talking components they’ve now got the Child’s Play 2 version complete with bloody nose and as well as being able to hold a knife, the right hand can be removed (this is a […]

If you’re unaware of them Re:Anime films make live action versions of your favourite animes, and to be honest they really are very good. I think it shows that they are fan films… They’re not huge budget productions – they’re short bouts of genuine fun and they clearly […] 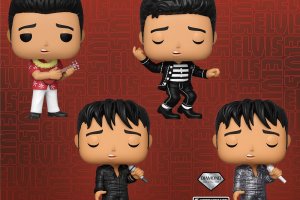 There are 3 new Pop Rocks! figures hitting shelves around November of this year and they’re celebrating the king of Rock and Roll, Elvis Presley… each from a different era and each looking absolutely amazing. These will be a big hit for Elvis fans and anyone who likes […] 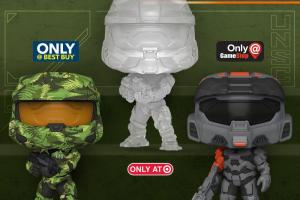 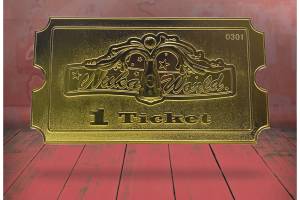 I know that Fallout isn’t a film or a tv series (yet), but the game series is absolutely amazing, and there’s no denying that Bethesda are the undisputed champions of gaming merchandise… They just keep churning out stuff that shouldn’t be amazing but actually really is! Their latest […]

This is a great day for Disney fans… or depending on what your bank balance can handle, could be a terrible bit of news, because Disney Parks just released a boat load of exclusive Funko products to help celebrate 65 years of Disneyland Resort! So let’s have a […]

This year has been a strange one with just about all conventions cancelled and fewer ways to get your items or photos picked out by the stars signed… You can always buy on places like ebay but do you always know that they are authentic? Or of course […]

Kid Robot and 100% Soft have announced a new dumpster fire vinyl figure to be released as a 2020 exclusive, and it’s available to pre-order now for shipping at the end of the year. They’re hailing it as the unofficial mascot of 2020 and they couldn’t be more […] 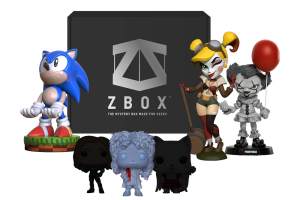 It’s that time of year again when Zavvi turns 1 year older, and to celebrate there are all sorts of offers on their website, so check that out what ever you do… BUT – they also have their anniversary mystery box in stock now which is always a […]

A set of mystery minis where the little green toy aliens from Toy Story are remixed with other characters from films such as Up, Finding Nemo, the Incredibles, Wall-E, Monsters inc and more have hit stores in the UK and the rest of Europe. These are actually a […]

The movie, Black Panther is full of amazing dialogue, whether its tongue in cheek, outright sarcastic, sharp & powerful or just straight up cool… you need all of these to gel together for a decent cinematic experience these days. Super hero films are the action films of the […]

OK so I know that I’m a bit late to the party here… The trailer for the new show on Amazon Prime dropped on the 18th August but damn am I glad that we once accidentally signed up for Prime, forgot to cancel and then realized 6 months […]

As you are most likely all aware, because as is always the case that sad news travels the fastest, the world lost what Spike Lee described as a “Trooper” while working with him on Da 5 Bloods on 28th August aged just 43. Boseman had been battling colon […]

Sorry I’m actually a couple of days late with this one! As you may have heard there is a new range of Funko soda figures coming out soon, and as with their pops, the soda’s are proving to be very popular which is resulting in the limited numbers […]

Originally I had each video listed below with an embedded YouTube player but I felt like it was getting a bit out of hand (it started out as a list of 20 videos!) and I think I’m probably going to be adding to this in due time rather […] 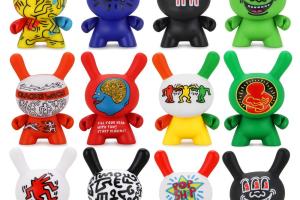 These things are absolutely amazing! I want the full set of 12 which are available from the Kid Robot website using the link below now in the form of mini blind boxes. Their price is either $11.99 each or you can buy a full box of 20 at […]

So as not to miss out on the conven tion exclusive money this year, Funko are putting together their 4th Virtual Con. I know that their online sales events lately have not always gone so smoothly, although as they refuse to open up the site to foreign orders […]

Set to be released in October of this year is a Big Apple Collectibles exclusive Funko pop of Brainiac from Superman, which is available to pre-order from the link below now for $14.99. It’s a pretty cool pop although I think it lends itself perfectly to being a […]

In the States there is already the DC Power Visa card which features some of your favorite DC characters and is designed for fans of entertainment, giving extra points to be earned on things like streaming services and cinema visits which you can then redeem of experiences and […]

What is a Monskey Maniacs Figure?

What is a Funko Arcade Vinyl Figure?