The streaming series, the Mandalorian is the latest part of the starwars franchise to get the funko pop treatment with 4 characters (Kuiil, IG-11, Cara Dune and of course the Mandalorian) at the moment, coming soon. Check out the funko website for more details and to see renderings […] 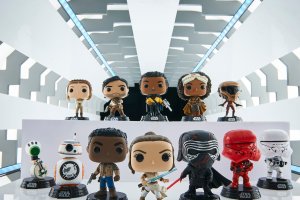 Nerd News: The Rise of Skywalker Pops Coming to Europe

I’ve seen some posts on twitter showing these, and the Kylo Ren pop from this series is absolutely stunning. There was just a very simple and cryptic tweet from Funko Europe saying that they’re coming soon. I’ve got my fingers crossed that this means that the whole range […] 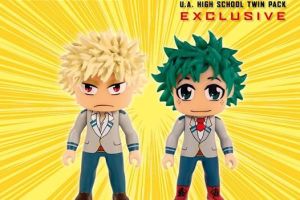 Exclusively at New York Comic Con from 3rd until 6th October 2019, Titan Merch will be selling a My Hero Academia 3” Kawaii TITANS Twin-Pack featuring Deku & Bakugo dressed in their U.A. High School uniforms. These are only available at NYCC and are only in very limited […] 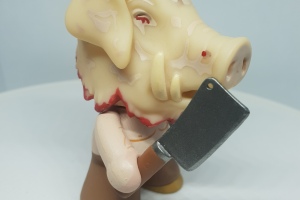 With the new series of American Horror Story having now started it had me reminiscing a little about some of the merchandise which has been available for this series… And to be honest it hasn’t been super saturated with figures, but those which have become available are usually […]

Titan Merch – masters of tiny figures have announced a few exclusives for the upcoming New York Comic Con, including a Black Canary & Green Arrow double pack as well as John Constantine… all in compact 3 inch form of course. At the same time they also announced […]

Now here’s some pop news I can really get behind and get jealous over! Tony the tiger… mr Frosties (or Frosted Wheats depending on where you live) himself. I’d love to get my hands on this thing, especially as it’s a 10″ one, I bet it is absolutely […]

The new show, Creepshow with Greg Nicotero as producer will premiere on Shudder (the AMC owned horror streaming service) tomorrow (26th September 2019), and if that wasn’t news enough for you, Funko have announced that at least one character (the Creep) will be coming out soon as a […]

We’re all very excited for the arrival of the Funkoverse board games coming out 1st October and still available on pre-order so that you can get your hands on it first. Pop in a box have got these available to pre order now! However, if you don’t want […]

What better introduction than the above video from the Funko YouTube channel when it comes to their new Freddy Funko exclusives for New York Comic Con. There is a Freddy x Ron English vinyl as well as the really cool officer Freddy pop figure. I don’t collect the […]

New York Comic Con have just released a rendering of an exclusive superhero pigeon Funko pop figure for their upcoming convention from 3rd until 6th October 2019. Check out the tweet below for more details: Funko have also released some extra information about what they’ll be doing at […]

This is truly awful news and I just this morning wrote an Instagram post where I wished him a speedy recovery, so this really came as a surprise to me. The last we heard from his wife, the general mood was optimistic. As such I want to send […] 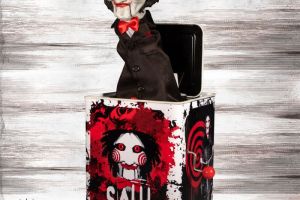 At the end of last week Mezco released some amazing photos of their new Burst-A-Box – basically a jack in a box for adults… I wouldn’t give one of these to my little one! Other items in this range already include Pennywise, Chucky, Jason Voorhees, Sam and Freddy […] 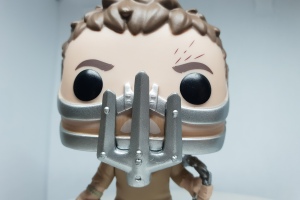 Character Background Max Rockatansky is the main protagonist of the Mad Max movie franchise, originally played by Mel Gibson, and then later (much better) played by Tom Hardy in the 4th installment of the franchise, Fury Road. It is this final Fury Road film which this particular pop […]

There’s one thing which this review is not going to make, I can assure you of that – which is that I don’t like this movie…. AT ALL! When I think of 80s fantasy I think of cheesy effects, terrible hair, bad acting and awful story lines, and […]

Who doesn’t know who John McClane is, and if you’re reading this because you’re considering whether or not to watch Die Hard for the first time, what the hell sort of rock have you been living under? If you want to talk classic action movies…. Movies about rogue […] 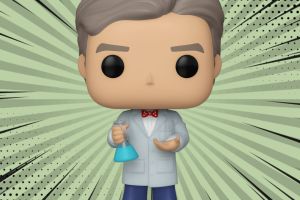 So this is another pop which I can get quite excited about, but like me how many people are here because of it being some by-the-way funko and Big Bang Theory news rather than actual Bill Nye the Science Guy news? I’d never heard of him before Big […] 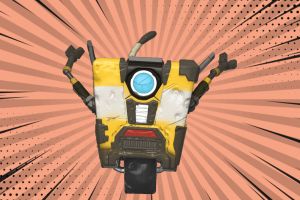 Now here’s a new Funko release I can get excited about! I’m not the biggest gamer in the world, but Borderlands is one gaming franchise I’ve got a history with and have always enjoyed, so seeing a pop of both Lilith and Claptrap on its way is pretty […]

Available on the funko online store since yesterday (to Americans only I must add) is this three pack of Huey, Dewey and Louie from Mickey and Friends, in Halloween costumes. They’re pretty cute and I’d have them in my collection, but again the Funko Shop exclusives are only […]

A movie I’ve not seen as I don’t have a huge Disney interest myself, but I know of this character, and if there’s any character I’d add to my collection, just take a look at this one! It’s a very cool looking pop and it’s out soon. Check […] 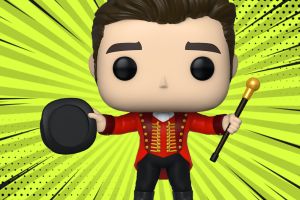 I’m not a fun of musicals so I’ve never given this film a chance, however do know how incredibly popular it was when it was in the cinema so I think these pops will be very well received! I’ve got an interest in circus history and “freak shows” […]

It might seem a little strange starting with John Wick 3 when I haven’t yet written about numbers 1 and 2…. And it would be a logical thing to think, however the third instalment is not only the freshest in my memory it is also the most relevant […] 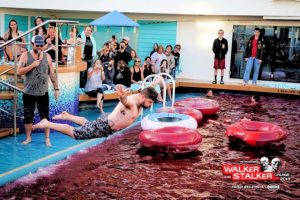 This is a post which I wrote some time ago on a previous blog called the Wilder Traveller which I closed, however thought that it would be a shame if this post were to be lost forever. I know that the Walker Stalker Cruise was stopped with the […]

This is just going to be a short article about a number of fake Captain Spaulding (based on the Sid Haig character in House of 1,000 Corpses, the Devil’s Rejects and 3 From Hell) Funko Pop figures which have made it on to the market from at least […]

Character Background Captain Spaulding (a.k.a. Johnny Lee Jones, Cutter or just plain old Spaulding) is the lovable psychopathic killer clown from the Rob Zombie, Devil’s Rejects franchise. He is the head of the Firefly family and brings no end of depravity and witty banter in equal measures to […]

KidRobot Plush Coming in the 1st half of 2021

What is TCon the ToyConosaurus by ToyCon

Splat With A Hat for Customisers by Splatoys

Playmobil Back to the Future Advent Calendar